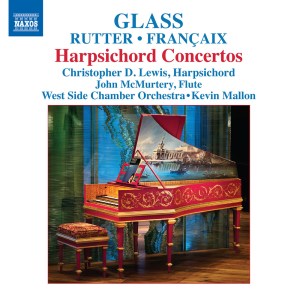 The West Side Chamber Orchestra is based in New York City’s West Side. Founded by the oboist Kathy Halvorson, this new orchestra is a collection of the city’s finest classical musicians, banding together in a bold initiative to counter a faltering work environment. Greeted with critical praise after its inaugural concert in September 2011, the orchestra plays all periods of music, from baroque to modern (including new commissions), but is making a speciality of the classical repertoire of the Enlightenment period. The approach is to extend to all periods of music the lightness, transparency and purity of tone it has achieved in the earlier repertoire. Under the influence and leadership of the enthusiastic Irish conductor Kevin Mallon, the orchestra presents a series of concerts in the historic St Peter’s Church in Chelsea, New York City. The orchestra is proud to have released its first recording with Naxos.